Here’s a few screenshots of the final layout that I used to complete some of the Plants vs. Zombies levels.

Unforunately I forgot to get rid of the menu in this one, but basically, I used a lot of winter melons and cat-tails. 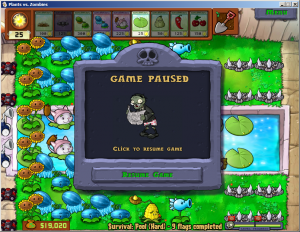 It’s the same scenario for the roof; expensive, but worth it. Plus, I had some seed slots to spare, so I woke up a few mushrooms for the party, but they fell back asleep—even one of the winter-melons dozed off. (Yes, this was the last level, allowing me to win the gold trophy.) 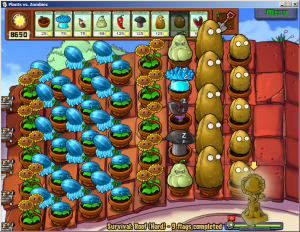 This was pretty easy because I did it during the early levels of the second pass through Adventure mode. Just don’t forget the coffee beean. 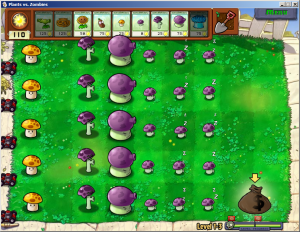 Again, this was easy because it was an early level. The spike-weeds took care of the zombies for the most part. 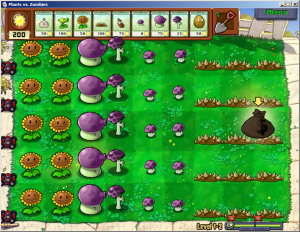 This level was fairly hard. I hand’t used asymmetrical layouts or garlic until this level. I read someone on the Internet mentioning “funneling” the Zombies, so I did this. 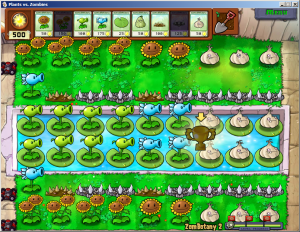 This was all that was needed because the snow-peas froze everyone for me (and you don’t even have to plant them on the flat of the roof, the top of the slant is sufficient). 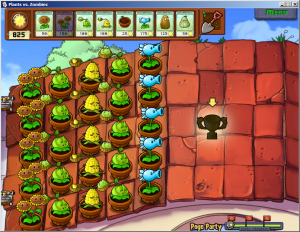 The iron-spike-weeds took out the vehicles, and the fire-repeaters did the rest of the work (the nuts were a last line of defense that was barely necessary). 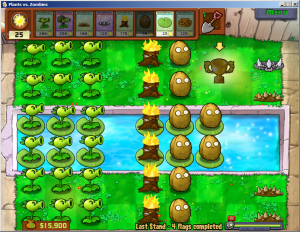 This was one of the least resource-hungry levels. The iron-spike-weeds did almost all of the work and a single cabbage-pult took out any surviving bob-sledders. 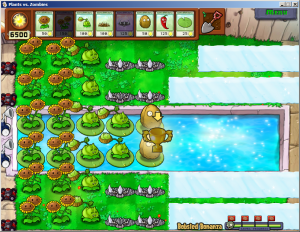 Speaking of PvsZ, the white marigolds on the bottom row show the three sizes that they grow to. 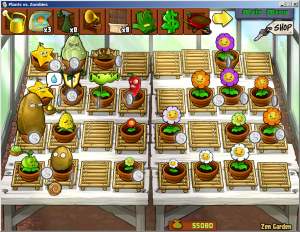