As seen in my dating profiles:

I made breakfast-in-bed recently and two things occurred to me:

Regardless of the culture or language, most insults and expletives tend to revolve around gross stuff like bodily waste, sexual acts, and familiar insults, especially of mothers.

By that logic, the ultimate insult is: I had sex with your mother’s poop! 🍆🤱💩

Imagine if you will, a law that mandates that you must watch four to six feature-length movies every night. When it gets dark, you have to sit there and watch movies, no matter what. It doesn’t matter if you have other things to do or aren’t in the mood or don’t like the movies, you have to watch them. Moreover, you must sit there and only watch the movies, you can’t do other things like work, eat, exercise, play, or anything else while you watch the movies, you must sit still and watch the movies and nothing else. You don’t really get any choice in what movies you watch, you can try to influence what you see, but it’s usually a random selection of movies that may or may not be relevant to you. The movies may be sad or scary or boring, but you have to watch whatever you’re given. You might get away with skipping them for a night or two once in a while, or just watching one or two, but the more you do, the worse the punishment will be when you get caught. On top of all this, you forget all about the movies as soon as they’re over, so you can’t even enjoy ones that were good. 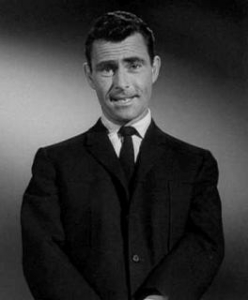 When I leak out of the market
That’s all dirty wet
Wuhan! Wuhan!
Got you all infect

Got them sick corona spikes
That make you cough and sweat
Wuhan! Wuhan!
Got you all infect

And you know we come through
To throw the whole world in
Wuhan! Wuhan!
Got you all infect

So throw a mask up on your face
And don’t go out or in
Wuhan! Wuhan!
Got you all infect

Some people are jerks. There’s no question about it, some people are just pure and simple jerks who will take any opportunity to be jerks, including pretending to not understand what someone is saying. I’ve seen it for myself.

A long time ago, my mother had an appointment in a government office. She went to the office and approached the secretary, stated her name and said she had “an appointment with someone on Team 3, with someone named Rick, or something like that”. She said she wasn’t sure about the name, but it was something like “Rick”, but it was definitely with someone on Team 3 (there were six “teams” in the office with two or three people per team).

The secretary said she wasn’t familiar with an employee in the office named Rick. My mother reiterated that she wasn’t certain it was Rick, but it was someone on Team 3 at this time with her (she re-gave her name). The secretary then proceeded to spend 20 minutes searching for someone named Rick.

Eventually, another employee walked by, and the secretary flagged her down and asked her if she knew someone named Rick (my mother chimed in with “or something that like that, on Team 3”), and the other employee said there was a guy on Team 3 named Eric.

The secretary said “oh, ehhhhhh-rick”. Needless to say, my mother exhibited a herculean resistance to rip into the secretary. 🤦 ¬_¬

Another time, my mother went to a farmer’s market with a few family members, specifically, with her—give me a second—her cousin’s aunt, the aunt’s husband, and their two daughters. Her cousin’s aunt and uncle-in-law didn’t grow up in North America, so they had accents, but their daughters grew up here, so they spoke English just fine.

At one booth, he asked the vendor how much the strawberries were, but with his accent, it sounded like “estrawberries” (it’s pretty common for non-native English speakers to precede words that start with an ‘s’ followed by a consonant with an ‘e’).

The vendor then spent a few minutes pretending to not understand what he was asking about. This one wasn’t stupid like the secretary was, this one was just a racist prick. 😒

I had my own experience with pricks pretending to not understand. A couple of years ago, when I was out of town, I had a Tim Horton’s coffee during their yearly Roll-up-the-rim-to-win contest and won a free donut. I kept the cup, brought it home with me, and took it to Tim Horton’s. I went in and presented it to the girl at the counter and asked for a cruller. She contorted her face and said “A what? 🤨” A cruller, I repeated and pointed at the crullers. She said, “oh, you mean a croooooler”. ¬_¬ I just nodded and took my donut and left, but if I didn’t have crippling social-anxiety disorder, or better yet, if I were Samuel L. Jackson, I’d have said “No, bi—! I mean a mother-f— crUH-ler!”. 😒

There is no way in hell that she could ever convince me that no customer ever has pronounced it the way that I did, which I only do because I learned it that way because that’s how almost everybody pronounces it. She works in a mofo donut shop and crullers are one of the most popular donuts. Unless she just started working there, there’s 0% chance that she’s never heard it said this way. 🙄 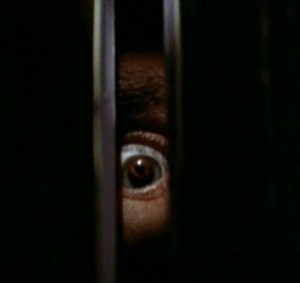 When I was in elementary school, starting in fourth grade, we had to start taking French (because Canada). Unfortunately, fourth grade was also the same year that Scott transferred to our school and immediately began bullying me. (Apparently he was also bullying other kids, but all I knew was that he kept picking on me.)

One day in French class, our teacher was having us practice by having kids use other kids’ names in a sentence. Not surprisingly, with my luck, she happened to pick the worst possible combination of kids and sentence. She told Scott to say that Alec is tired.

Without missing a beat, beaming with a smile at the free opportunity to do a bit of “clever” bullying that he had been dealt, Scott proclaimed loudly, Alec is fat and gay.

Gee, who would have expected that? ¬_¬

But it gets better (or worse, depending on your perspective). Also without missing a beat, the teacher corrected him by enunciating, Non Scott, “Alec est fatigué“.

I don’t know which is worse, that she didn’t see the obvious opportunity for bullying, that she didn’t know that he was a bully, or that she actually thought it was mistake and was too dense to realize it was intentional.

The whole point to teacher’s college is to teach educators about non-academic stuff like handling children. That was a pretty epic fail.

Of course, at the time, I was absolutely mortified, but now, as an adult, I can look back on it and laugh.

A while back, I started listening to the German rap group Fettes Brot (they’re essentially the German Beastie Boys). After enjoying listening to their music for a while, I wanted to appreciate the songs by actually understanding them, so I got of all the language materials I could find at the library and spent four months teaching myself German. I wouldn’t say I’m conversationally-fluent, but certainly travel-fluent. The strange thing is that after I learned German, I seem to have forgotten French, which I grew up with and spent six years learning in school. It’s almost as if the German part of my brain invaded the French part.

The really weird part is that whenever I try to do a German accent, it sounds French. 😕