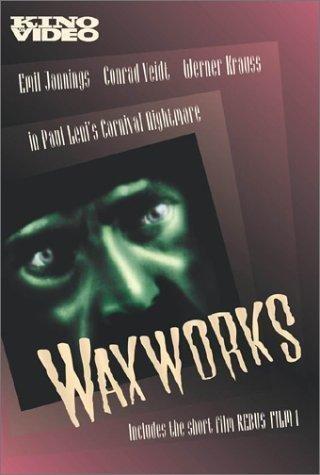 I remember a movie I watched a bit of when I was young (early to mid-80’s) but cannot seem to figure out what it was. It was an animated kid’s movie similar to The Last Unicorn and Flight of Dragons. I always thought it was The Dark Crystal, but I recently saw that and now know that it was not. I only saw a little bit of it so I don’t have much to go on, but the part I did see was mostly a pale yellow and had some sort of creature (sort of like the Skeksis from Dark Crystal) scouting on a cliff, observing the movement of their army through a narrow-ish passage through the mountains. I also remember a sense of it being a popular, new movie that everybody was seeing at the time. I considered the original Lord of the Rings and Hobbit as well as The Secret of Nimh, but it is not those either. I also don’t think that it is Black Cauldron because I recall it being less cartoony; darker and more grotesque like Dark Crystal or Labyrinth. And yes, I considered the Neverending Story series, Legend, The Princess Bride, Krull, Ladyhawke, and Willow; it’s not those, it’s definitely animated. What movie could it be?

There is another movie I remember watching a long time ago that my mother also remembers. Unfortunately neither of us remember enough to identify it. It takes place in a futuristic, post-apocalyptic, Mad-Max type time and place. The main setting is mostly desert with some run down shacks and stuff. The main character was a guy who we could swear was either James Woods or Roy Scheider. He is some kind of scientist or something but a cool one who wears a black leather jacket like a rebel. He has a silver canister like a thermal flask. If I remember correctly, he was not supposed to have it, like he stole it from his lab or something. Apparently it contains some kind of virus or parasite that is extremely dangerous. He runs into a group of punk thugs who mug him and they take and break the canister and release the gas/virus.

That’s pretty much all I remember although I have accidentally incorporated parts of From Beyond into my memory of this movie. Fortunately, I have recently seen From Beyond so I have been able to extract those parts and leave the rest.

Does anyone have any idea what movie this was? The closest I could find is Parasite with Demi Moore, but I’m fairly sure that’s not it.

There is a movie I remember watching a long time ago (about 20 years), but am unable to figure out what it is. I was very young at the time, maybe 7 or 8, but I remember quite a bit from that day, everything but the title of the movie. I remember that my step dad was home with us, that he, my sister and I were sitting on the couch watching the movie while my mother spent most of the time in the kitchen making one of her great soups in the large yellow pot that is right now in the kitchen cupboard. More importantly I remember a lot of details about the movie.

I understand that a lot of the details seem to coincide with other movies and I accept that there may be some memory overlap but I am fairly certain that most if not all of these events did in fact occur in this one movie. Here is what I remember of it.

There was a group of three or four friends who for some reason, had to go back to the home-town of one of them. They were driving down a road in an RV at night. As they were driving, they saw a whole bunch of dead animals laying on the side of the road; mostly sheep. This part happened at night so it is not Close Encounters of the Third Kind. On the way, they kept getting hassled by a large, black 18-wheeler tractor trailer (I don’t recall if it was just the truck or if the cab was present as well) that kept appearing out of nowhere and chasing them to run them down. It came several times. (It’s not Maximum Overdrive or Duel.) They eventually got to the little town in the middle of nowhere but it seemed to be deserted; there was not a soul in the streets. There was a, barely five feet tall, sinister looking clown that kept appearing out of nowhere to menace them several times. They found a diner and went in. There were people in there but they acted strange and treated them very oddly—like outsiders—as though the townspeople had a secret. Elsewhere in the town, there was some kind of mystery going on where a detective entered the home of a woman to question her. The room was dark in the middle of the day because the shades were drawn. The woman was lying in her bed and did not get up while she talked with the detective. That scene ended with the detective moving closer and seeing that the woman had a massive lump the size of a soccer ball in the side of her neck (ostensibly a goiter, but perhaps something more other-worldly for all I remember). The only other thing I can remember clearly is that near the end, the protagonists managed to trick the truck and the clown and free themselves of both by getting the truck to smash into the clown, crushing him against a wall, while also smashing the truck.

I know that most of the details are accurate because my sister (who would have been 3 or 4 at the time) has separately corroborated them (yes it was a blind study).

The most important aspect is the part where they tricked the two antagonists into destroying each other, which I am certain was accurate because I distinctly recall thinking how it was so clever.

Does anyone have any idea what movie this was?

My family (well at least my mother) and I remember seeing a movie many years ago that we swear was called Lost Boys. It was a vampire movie but not the one with Keifer Sutherland, another vampire movie called Lost Boys—what are the odds of that. Anyway, what we remember is that in this movie, there was a young guy who somehow became a vampire and caught up with a group of trouble making vampire punks. We remember that at the end of the movie, his father and him were holed up in a barn while the other vampires were outside banging on the door to get at them (I suppose to kill them or something). His father gave him a blood transfusion with his own blood to cure his son.

Does anyone know what movie I am thinking of. I have a strong suspicion that it is in fact Near Dark.