Don’t get me wrong, I am really impressed so far with Google’s Chrome web-browser. It is indeed pretty snappy and makes things easier, and I have yet to see any problems with the clause about them being allowed to place ads as they see fit. In fact, it is so good already that many people have begun using it as the primary web browser. Its adoption is probably record-setting.

(Of course it is mostly consumer software for now. Google has historically made slow inroads into the enterprise with its software and services and is continuing to do so. However considering Chrome’s rapid climb, many corporate admins are already evaluating and testing it.)

Those said, there are several problems (although it’s really still just beta-ware, so the bugs are already—still—being worked on).

Here’s a list of bugs that have been fixed:

Chrome still has a ways to go before it destroys—read completely replaces—IE and FireFox (both of which have their own pros and cons), but so far so very good!

I was just helping someone on the Microsoft news server disable their Windows keys using this registry patch:

There is a trend (not a rule, but a trend) for comic book characters to have alliterative names. The odd thing is that DC seems to do it for female characters, while Marvel does it for male characters. Here are some examples off the top of my head:

Rockstar Games is re-releasing their game Bully, updated for the Wii and XBox360. Last time it went by pretty much unnoticed, lost amongst a bunch of other game releases, but this time around it is causing quite a commotion. This is not Rockstar’s first time courting with controversy. They have been razzing the censors and parents alike since their first hit Grand Theft Auto and super-creepy violence-fest Man Hunt.

In Bully the player assumes the role of a 15-year-old bad kid who (of course) is a bully. Parents and teachers are concerned that this game glorifies and thus will lead to school violence. Proponents of the game however argue that (1) Rockstar’s other games are much more violent, (2) “it’s just a video-game”, and (3) the controls are in the players hands and they can control the character in anyway they want, including NOT bullying and fighting.

The last point is a throw away. It defeats the whole purpose of the game. It is like playing an FPS and NOT shooting but rather running away from the monsters.

While the first two points are valid, they completely miss the most important difference between Bully and Rockstar’s other, more violent games: Bully is much, much, much more imitable. Most kids (even adults) would be hard pressed to imitate Grand Theft Auto. Do you know where to obtain a rocket-launcher and Ferrari? I certainly don’t. The same goes with man-hunt. How can you emulate that game without access to a psychopathic murder and an abandoned ghost-town? To mimic Bully on the other hand requires nothing. Children already have access to a school, other kids, and their fists or other make-shift weapons.

The trouble with Bully is that unlike other violent games, this one is completely imitable.

The other night CBS news reported a study on Americans and religion. The most interesting part was that only 1.6% of Americans are Jewish, yet since they dominate the media (it seems like every actor is a Jew), the perception is that they comprise a large proportion of the country. It is interesting and concerning that such an overestimation can occur.

The whole religious debate about how women should (or may) dress is idiotic. Like everything else in the world, the key is balance.

The reason that “conservative” religions like Islam, Mormonism, etc. dictate that women must dress to the nines so to speak (that is, they must be clothed enough to show as little of themselves as possible—though the degree of coverage varies greatly even within a single religion), is to prevent arousing males, and thus avoid rape. It helps the women by saving them from being raped, and the men by helping them avoid raping.

The contention comes when extremists like Al Qaeda force their women to dress in “bee-keeper outfits”, “burlap sacs”, , etc. One does not however need to be an ultra-liberal to think those outfits excessive.

Of course “liberal” nations are not exactly faring much better; they have ridiculously high rape, rape-murder, pedophilia, molestation, etc. rates. Then there’s all the men who don’t actually commit rape, but suffer because they are constantly bombarded by flesh, and have to struggle to “keep it in their pants”.

Again, the whole debate is idiotic since it seems like such a no-brainer: balance. Share the responsibility of preventing rape between men and women instead of putting the entire onus on just one side. Woman shouldn’t have to dress like a sac of onions to avoid being raped; men should control themselves. On the other hand, women shouldn’t walk around with their tits hanging out, forcing men to get themselves snipped to stop their suffering.

If women dress (and are allowed to dress) comfortably and stylishly, and modestly and appropriately everybody wins.

It’s true; David Keith and Keith David are opposites in more than one way. 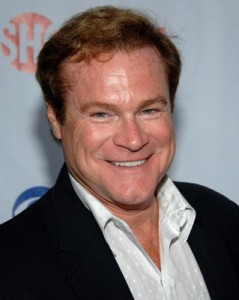 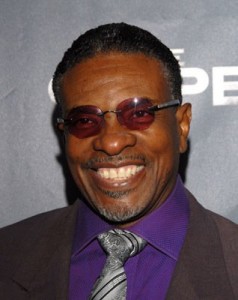 I’m watching The Colbert Report right now and Stephen made an interesting analogy. He is talking to Congressman Phil Hare from “The Fighting 17th” of Illinois and compared the civil war in Iraq with the American Civil War. He played his roundabout game of confusion by saying that America is the Union in this analogy.

In fact, if the civil war in Iraq is like the American Civil War, then America is sort of like the British, in that they are not really part of it at all, but rather an enemy from a former battle—well for the most part, America’s got it’s nose in Iraq’s conflict.

What is the big deal with the change in daylight savings time rules? Why are people making such a big freaking fuss about it? It changes almost nothing.

There are two main kinds of time-keeping devices that are affected by this: auto-adjust and manual-adjust.

The manual-adjusted devices are not affected whatsoever. Before the change, you would simply wait for the TV to tell you to move your clocks forward or backward an hour and then you would do so. The only difference now is that the TV tells you to do it four weeks earlier and later. Microwave clocks, grandfather clocks, wristwatches, etc. are not affected.

Auto-adjusted devices are a little more complicated. They come in two types: updateable and non-updatable. Updateables are things like computers which will receive patches to update their daylight-savings logic so that they are aware of the new rules. These are unaffected because once they are patched, they follow the new rules. Done. The non-updateable devices include VCRs and such. These are usually older devices that include the auto-adjust ability as a convenience. In most cases you can simply turn off the auto-adjust and update it with the rest of your manual-adjustment devices. Done.

Frankly, the only things that are detrimentally affected by the change are devices that cannot be updated and cannot have the auto-adjustment turned off. In these rare few cases, you merely adjust them manually with the rest of the manual-adjustment devices, and then adjust them once more when they mistakenly update according to the old rules. In other words, a few people in the continent will have to spend an extra minute per year updating a couple of devices. That’s it, no big deal, stop panicking!

It’s fascinating that blacks just cannot get a break no matter the species. It is well known that black humans have had a tough time at the hands of whites for hundreds of years, but apparently black squirrels are no stranger to racism either. It seems that grey squirrels are a lot more aggressive than black squirrels and will fight and chase them for food and territory. Very interesting…